By clicking “Accept” or continuing to use the site, you agree to the use of VTTI and third-party cookies and other similar technologies to enhance your browsing experience and analyze and measure your engagement with our content. Learn more about your choices and cookies.

Thank you for contacting VTTI. Please fill in your details and your message below. We will be in touch as soon as possible.

By submitting your information, you acknowledge that you have read our privacy policy and consent to receive email communication from us.

Thank you for contacting VTTI.

We have received your message and we’ll respond as soon as possible.

VTTI New Energies is currently developing multiple new energy opportunities in hydrogen and hydrogen carrier fuels, renewable natural gas, waste to renewables and carbon capture. It is supporting the Port of Rotterdam in its offer to supply Europe with 4.6 megatons of hydrogen by 2030. In addition, VTTI recently commenced its first new energies investment with the start of the construction of  a state-of-the-art bio-energy facility in the Netherlands, producing green gas and organic fertilisers.

EIT InnoEnergy is the world’s largest investor in sustainable energy innovations, founded in 2010 and backed by the European Institute of Innovation and Technology (EIT). The EGHAC, which is supported by Breakthrough Energy, focuses on decarbonizing hard to abate industries (steel, fertilizers, chemicals, and heavy mobility) by setting up green hydrogen industrial players. A first lighthouse project is H2greensteel, where green hydrogen is used to produce low carbon steel. More recently EGHAC announced pHYnix, a commercial scale green hydrogen production facility in Spain. The European Commission is partnering with the EGHAC to bring innovative hydrogen projects faster and with less risk to market to meet the EU’s ambitions.

EIT InnoEnergy operates at the heart of the energy transition and is providing the technology and skills needed to accelerate Europe’s Green Deal and decarbonisation goals. Created in 2010 and supported by the European Institute of Innovation and Technology (EIT), EIT InnoEnergy has offices in Europe and Boston (USA).

Recognised globally as the most active sustainable energy investor and one of the largest investors in climate technology and renewable energy technology in 2021, EIT InnoEnergy supports innovations in a wide range of areas. These include energy storage, transport and mobility, renewable energy and sustainable buildings and cities, leveraging its trusted ecosystem of over 500 partners and 29 shareholders.

The European Green Hydrogen Acceleration Center (EGHAC) is founded and run by EIT InnoEnergy and supported by Breakthrough Energy.

It creates industrial players which it helps to de-risk and accelerate their green hydrogen, ammonia, methanol, and aviation fuel projects. EGHAC does this through early-stage investment and acceleration services which are delivered in collaboration with their ecosystem.

Key to the success is the value chain approach; by bringing all stakeholders together including the off takers, the risk and benefits can be shared so that the premium for a carbon free produced end product is kept to a minimum. www.eghac.com 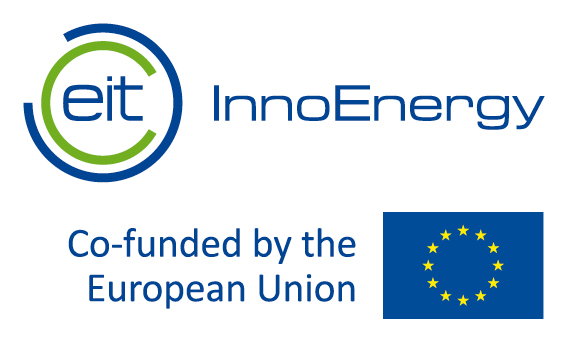